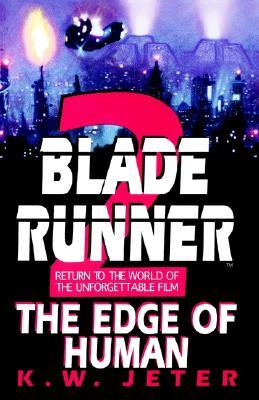 Tie-in novels occupy a low spot in the annals of literature. They’re despised as cheap, poorly written cash-ins written by writers from other people’s art. They’re often out of print the second a license changed hands. They’re seen as less books than collectibles. Worst of all, they aren’t canon so they don’t even impact the material they belong to. Why read them then?

I don’t agree one bit with anything I just wrote. I’ve been a fan for as long as I could read. Growing up I had novelization after novelization. I loved following characters I loved into original print stories. It could be Batman. It could be Clueless. I loved them all.

And to be blunt I’ve never gotten the criticism. After all, a lot of the criticism seems odd in the mega franchise era. They’re not by the original creators? Well how many original works are hits? The writers aren’t talented? Got news, there’s a lot of Ryan Coogler level talent in the field including writers like Christopher Golden and Peter David. They’re not canon? Why does THAT matter? They’re just fan fiction? And what’s wrong with fan fiction? I love fanfic. And I love these books.

The truth is originality is wildly overrated and counter to how art is created. Shakespeare stole. The Sherlock Holmes stories, written for money by a writer who hated them, have inspired a genre unto themselves. And don’t even get me started on how all art relies on adaptation.

In that light the lowly tie-in novel is just part of standard creation. And where do we draw the line? Are the Sherlock Holmes books post-Doyle tie-ins? What about the sequels to books by dead authors? There have been acclaimed novels inspired by Little Women and Huckleberry Finn using minor characters from those. Do they count? And really can’t I argue the vast majority of non-creator owned comics are licensed books?

So why do I love them? Simple. I love them because they let me take an extended trip in a world I adore. Tie-ins exist to let me play in a headspace. They’re fun. Are they fluff? Yes. And fluff matters. Fluff needs to exist.

And with that introduction, let me get into this column. The Tie-Ins That Bind will be a bi-weekly journey into the world of tie-in novels. I’m going to cover everything from the very first to the most recent. This is not going to be a mockery column. I want to celebrate these books and shed light on the tremendous talent involved. Tie-ins by major authors will absolutely get a look but I also want to discuss unsung great writers too. It will be comic book novel heavy because well there’s a lot of those. But I’m going to cover everything and I mean everything.

I hope y’all will enjoy this odyssey. I’ve got a lot to show you. Next week I’ll kick it off with the prose debut of Superman, a book written before much of the canon even existed.