Unlike the previous massive retrospectives I’ve done on Star Wars and Spider-Man, The Avengers have a relatively minor place in prose. So minor that there’s really no chance I’d ever get around to covering the characters in the format in their individual tomes. But with the release of Infinity War, why not speed through the team’s novel entries? I’ll even look at the two Ultimates novels. 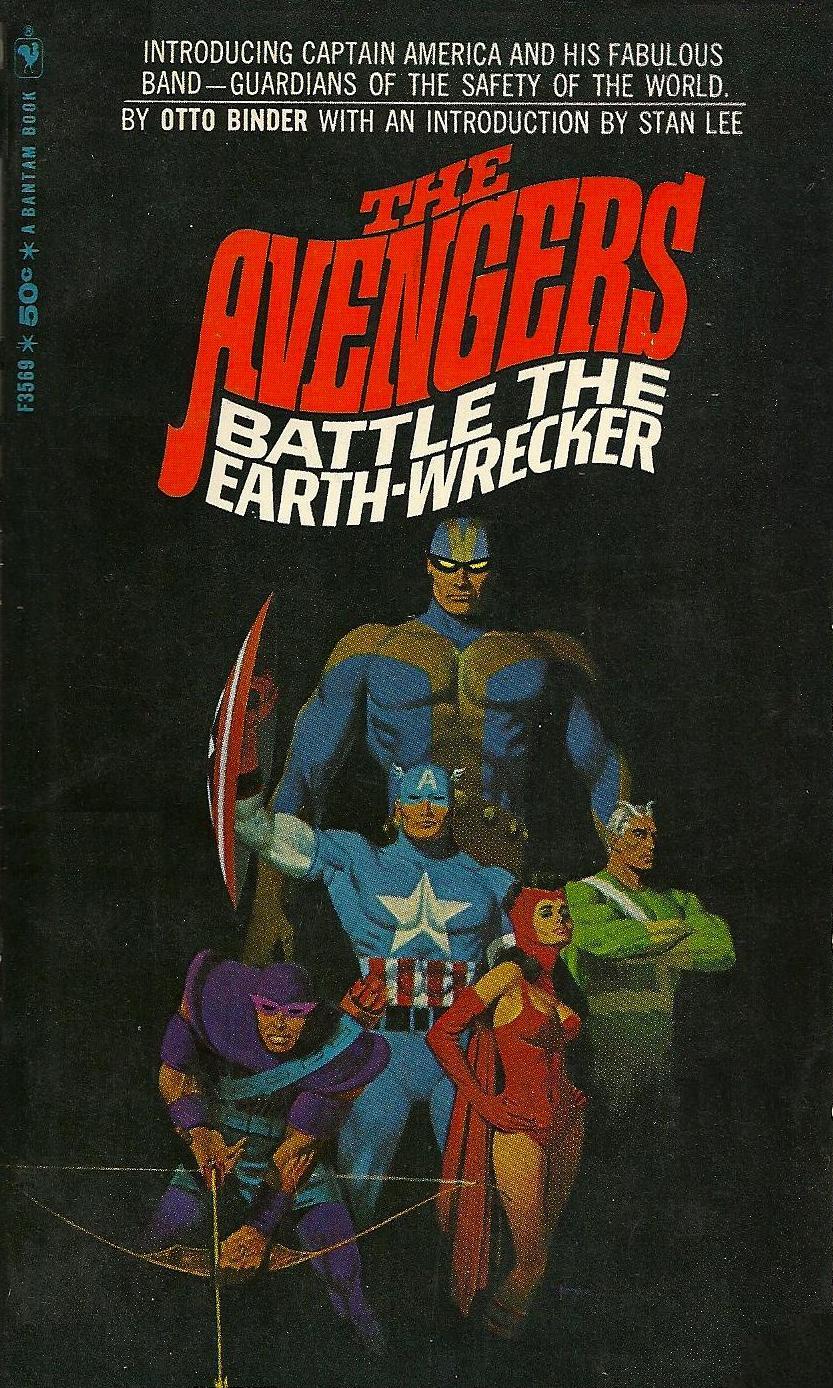 The Avengers Battle the Earth Wrecker: This 1967 book marks, to the best of my knowledge, the first time Marvel Comics characters appeared in prose. It’s probably the hardest to find book I’ll ever cover on this blog. Copies on Amazon start at $40 for a slim 127 page volume. That said, it’s well worth picking up if you find it. It’s very corny, very pulpy, and really feels right at home alongside the comics of the day. Otto Binder knew what he was doing. The lineup is a classic one for fans, though the cover’s omission of IRON MAN has to crack me up. The Avengers: The Man who Stole Tomorrow: David Michelinie, one of the great 80s/early 90s Marvel go-to guys, gives us a time travel/Kang story and it’s decent but kind of perfunctory. The idea is a good one but like most of the 70s Marvel novels it just kind of happens. Michelinie has done much better comic work.

The Avengers and the Thunderbolts: Here’s a very cool rarity: a tie-in comic book novel that actually fits neatly in canon. This occurs directly after the January 1999 Avengers issue which was published roughly three weeks before the novel. And yeah, it really does feel like the next beat of the story. Pierce Askegren genuinely nails Marvel circa 1999. It’s fluff with a consequence free plot that allows it to be outside canon but I really love this moment so I ate this up.

X-Men/The Avengers: Gamma Quest Trilogy: This should feel like an event in text form. The Avengers and the X-Men team up. And it couldn’t be more of a whimper. Strewn over three books, this really only had plot for one, a common problem with the trilogies released by Boulevard/BP. The set is a lot of excuses for fight scenes with the thinnest of plot. And while I enjoyed that in Greg Cox’s Iron Man: Operation A.I.M., it gets very old very fast here. I give the book credit for Avengers villains rather than X-Men ones, given their bigger names. Definite miss though.

The Ultimates: Tomorrow Men: And now for a moment we jump to the Ultimate universe for a book that in theory bridges the first two volumes of the Ultimates. It doesn’t do it well. Michael Jan Friedman is an old hand in the myriad Treks which shows with a novel that owes much more to that series than to Marvel. Tony Stark gets the central role here but it doesn’t even work as an Iron Man novel. It’s not badly written. It’s just not really what it says on the tin.

The Ultimates: Against All Enemies: This is notable as the first time Alex Irvine, future Marvel prose mainstay, debuted in the company’s text work. It’s not at all good. Unlike the last book I listed, it feels like the source. That proves an even worse idea than deviating. The Ultimates are repugnant assholes who have nothing likable to note about their characters. Irvine nails that, likely why he became the dependable writer for the line. I really could’ve done without it though.

Avengers Assemble: An Oral History of Earth’s Mightiest Heroes: OK, this is gray area. It’s not a tie-in novel but a mock oral history of the early years of the team that ran as a backup in Bendis’ run. I’m including it because it’s the Avengers in prose and it’s excellent. It’s a fun riff on the silver age from a modern perspective that shows just how much he got the characters. It’s incomplete without a strong end but quite good.

New Avengers: Breakout: This one is one of the weirdest novelizations I’ve ever read. It retells the events of the arc of the same name through the perspective of Hawkeye who was kind of dead during the story and Black Widow who was sort of not there. Why? To capitalize on the shipping that started with the 2012 movie and which was nuked from orbit in the 2015 one. And despite all that weirdness, I really enjoyed this one. Why? Because it took all those steps and became something other than a rote retelling which a lot of Marvel’s in house prose was. Alisa Kwitney killed here.

Avengers: Everybody Wants to Rule The World: This is a rollicking read that for all intents and purposes uses the movie team though it’s in its own continuity. It’s a bit unwieldy with each character fighting one of their arch villains in a series of seemingly disconnected events which do ultimately connect. Dan Abnett just knows how to construct a blockbuster. This is probably the purest Avengers story to pick up if you’re a movie fan. It’s getting a paperback rerelease Tuesday but I say go for the ebook at $4. 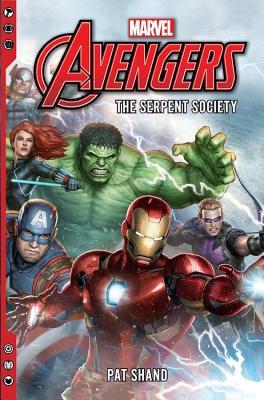 Avengers: The Serpent Society: Here we hit a book that suffers from one of the worst maladies of tie-in books: it’s heavily focused on characters other than the ones on the cover. I get that need. You can’t change the status of the characters you’re writing about so why not go here? This book drove me up a wall with it. It’s not really an Avengers story honestly. Definitely not one tonally. Marvel’s Avengers: Infinity War: The Heroes’ Journey: Closing on the prelude book to the big event. This amounts to four mini-books covering the stories so far of Captain America, Thor, Doctor Strange, and the Guardians of the Galaxy with Iron Man’s thread interspersed. It’s largely a recap novel but it has unexpected texture. The recaps are couched in stories told by supporting characters who give it a nice energy. The MCU has thrived on character and Steve Behling captures that. No you don’t have to read this before the film but as a refresher course. it’s great.

So with all of these covered, how do I feel about Earth’s Mightiest Heroes in print form? I think it’s kind of a mixed bag. While I like most of these books, they never really go to any special place the way Spider-Man’s books had some standouts. All of these books follow a very standard template of heroes facing an epic threat which leads to fights and a final showdown and that template doesn’t work in a nonvisual format. They’re unfocused. The one exception is The Avengers and the Thunderbolts which works because it taps into something very specific, namely the two titles it drew from.

In fact that might be a big issue with the comics as a whole. While the Avengers comics are quite solid, they’re often without a clear voice the way a team book like the X-Men or Justice League are. Runs like Kurt Busiek and Roger Stern’s stand out because the writers found that elusive element, namely a focus on the team as the last possible option. Without hitting that, and most of the books miss it, you’re left with what should be wildly clashing personalities all boiled down to “fight evil.”

That isn’t to say that these are bad books. As I said, most are solid. But they’re filler that’s easily overlooked which was the fate of a lot of the comics until Bendis and frankly has reverted to the status quo under Mark Waid.

My advice: If you have to read one, seek out Everybody Wants To Rule The World. It’s the closest to a big event in print. The others you can pick ad choose from.

Next time: The House of Silk 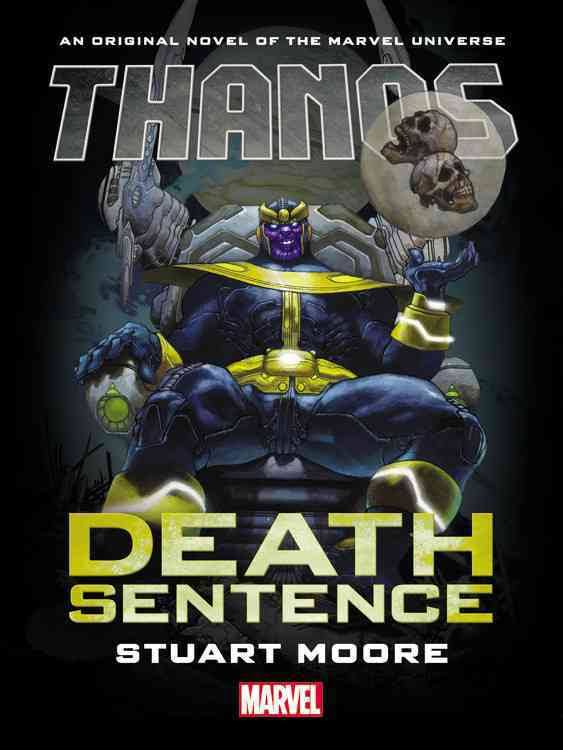 Thanos: Death Sentence: No, it’s not an Avengers novel but why not add it in? It’s the one time I’ll get to look at the Mad Titan in this column (unless I do the MCU novel coming this fall.) This is a wildly ambitious novel that flings Thanos into three different scenarios in a bid to…do something. Look I’m impressed with what Stuart Moore tried but this book is a mess. If you’re interested in Thanos, you’ll get no idea why he’s a great character. Read the comics instead.