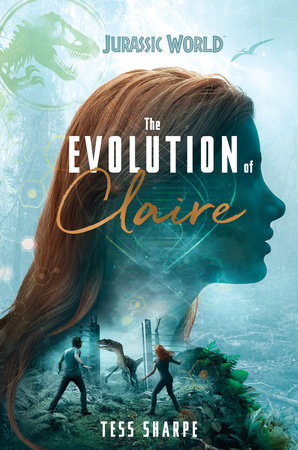 But what do you do when you don’t have that affection? There are very few tie-ins about characters actively disliked by viewers for the obvious reason that’s a horrible idea. But I found one.

Jurassic World is a deeply broken film. Cowriter/director Colin Trevorrow has an eerie ability to craft anti-charismatic characters. He fills his films with the best casts he can possibly then use in the worst roles. He’s definitely got a touch of the sexist in his icky, mean mockeries of career women which extends to straight up violently murdering a character. The only thing going for Jurassic World is the monster mayhem and I’ll be blunt: I know someone else shot most of that because that’s how most of these go.

But it’s hard not to feel like it could’ve been different when it comes to one major character. Bryce Dallas Howard, the patron saint of good actors unable to go near good scripts*, was saddled with the unpleasant caricature Claire, a businesswoman with no time for her family and a fixation on her career. Ostensibly the heroine, she’s only redeemed when she turns feminine, lets the strong man take over, and turns into an active aunt.

The thing is, the traits the film critiques her for are admirable. She’s a strong businesswoman. She’s driven. She’s independent. She’s great at her job. This could be a heroine to root for without changing her.

So this is where a tie-in can help. Jurassic World: The Evolution of Claire by Tess Sharpe is a strong fix for the character, letting us celebrate the character without giving into Trevorrow’s sick impulses. This take on Claire is the ambitious heroine whose flinty personality is cherished.

The book focuses on Claire’s summer as an intern at the yet to open Jurassic World, which means this is the first Jurassic Park story fated by canon to end decently. She finds herself caught up in a mystery involving an illness sweeping the dinosaurs and a former intern. There’s an inevitable love interest who is inevitably doomed. The wheel isn’t reinvented here, ok, but it’s a solid story.

A lot of why it’s effective is what I always point to as the key to a tie-in working: use of the license. There are a lot of references to the universe we’ve seen built up over 25 years. Dr. Wu, the geneticist responsible for the dinos, plays a big role as does the park’s owner, Masrani. Ian Malcolm gets referenced as a heroic figure. The T-Rex in San Diego is treated as an epochal event.

What really makes the book hum is Sharpe’s writing. She takes a familiar plot and makes it feel alive. There’s real texture in her descriptions and a genuine voice to her characters. I’m going to seek out her work based on this because she swung for the fences here. Oh and she writes GREAT dinosaur action. I mean she makes me forget they’re not real.

And I’m glad she did because this book highlights a giant problem with prequels. For all the growth we see Claire go through and the strength that blooms, this is all going to end horribly. She’s going to become the caricature we see in the film. The park will collapses into disaster. The likable Masrani will die. There is something fatalistic about reading this book that reminds me of Harold Pinter’s “Betrayal.” At the end there is hope and it’s useless.

This is a really solid YA adventure novel and if it were divorced from the license, it could’ve started a nice series. But it’s all kind of useless since it’s tied to a bleak franchise that consists of a masterpiece and three awful films. (I have not seen and will not see the latest.) So I could recommend this, but I’m not sure if it’s heavy lifting taken to a worthy end.

I ultimately did really enjoy this book. I really do admire the work Sharpe did in crafting a likable heroine. I’m not a Jurassic universe fan so maybe I couldn’t be the right person to review it. This book aims to give Claire a better character and I’m happy to call it a success.

*50/50 does exist, I know. And The Village is debatable. My point is she’s a great actress with awful films.