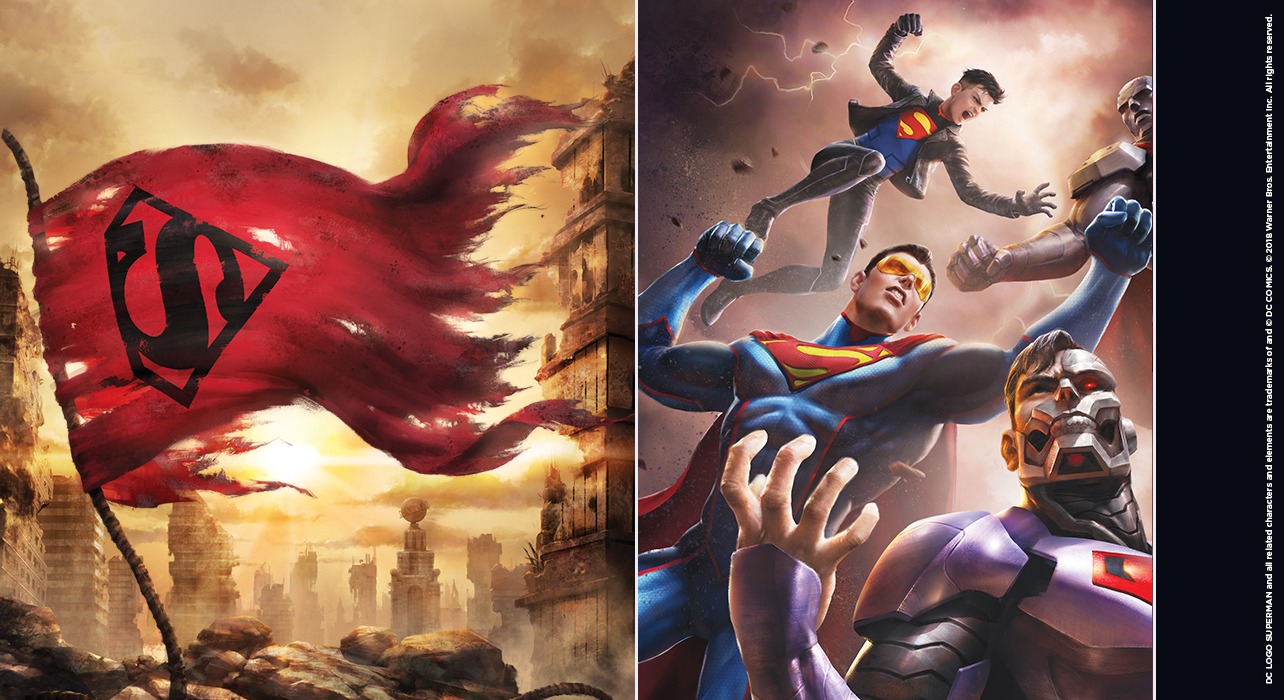 In 2017, I was super excited because I would finally get the chance to put the grand thesis of Comics For Rent to the test with Batman and Harley Quinn when I saw it in a theater. I’d finally get to see a DTV movie in the theater. This was THE test.

Well that didn’t work. Batman and Harley Quinn was, in addition to being an utter cinematic debacle, a really poor test case for the notion that these films could play as theatrical films. It was a parody film really. Limited action and a lot of jokes.

No, to test the thesis you needed an iconic story, preferably told in two parts to create a film on par with the bloated length of modern CBMs. You needed a story filled with action. You needed something big. You needed The Death and Return of Superman, a story I’ve written on JUST A BIT before. WB took a stab at it (again) and Fathom Events put it out, nicely doing so on a Sunday afternoon so I could go. So let’s try again. (Note: I’m treating both films as one, which is the ideal experience)

Plot: When a mindless force of destruction accomplishes the impossible and kills Superman, four mysterious newcomers take up the mantle.

Source Material: We’re working from the grand titan, the best-selling graphic novel ever, The Death of Superman. I’ve made it clear I think it deserves its status as an iconic tale. It’s the archetypal death and rebirth tale of all great heroes. The movie plays it quite faithfully. Since it’s set in the DC DTV Animated Universe there’s a bit of baggage to deal with like getting Lois Lane into position as Superman’s great love–Wonder Woman had been his love interest until now–and the villain behind the potential invasion of Earth at the end has been changed for the far better. Additionally convolutions from the comic like Lex Luthor Jr. have been streamlined. But in the end this is definitely the story you know from the comic.

Animation: The big one to get tested theatrically. The script & voice work would play the same in either setting but what about this? Well…I have to give a caveat. This was misprojected at my theater with a bluish tint the whole film. So there’s a slight curve but I’ll say this: it felt like it fit and frequently knocked me around. Let me stress that the face work on these films hasn’t been top-tier in a long time and it’s hard to ignore theatrically, though it’s passable. But the action? Sam Liu (on both parts) and James Tucker (on part 1) played on the big screen level. The iconic fight in Death is executed as superbly as one could ask for. In Reign you get multiple great battles including a just plain brutal one at the end. Locations look great too.

Script: This was two separate scripts from three separate writers. Yet honestly, this played as one continuous work for me aside from the credits and intermission. It’s honestly even paced that way with a nice lull at the midpoint before things ramp up to a climax that satisfactorily pays off things set up early in the first. Dialogue is frequently laugh out loud funny. Character work is superb. With roughly 160 minutes of space, this feels like the big time easily. Couldn’t imagine a more satisfying adaptation.

Voice Acting: DC DTV animation universe so Jerry O’Connell is once more Superman with Rosario Dawson a strangely overcast Wonder Woman, Jason O’Mara as Batman, etc. All are strong with O’Connell inevitably the highlight, particularly in the back half where he has to essentially fight himself. Newcomers include a forceful turn by Rebecca Romijn (O’Connell’s IRL wife) as Lois Lane, Patrick Fabian as the ill-fated Hank Henshaw, a humorous bit by Cameron Monaghan as Superboy, and Cress Williams erasing Shaq as Steel. All good. As for Rainn Wilson as Lex Luthor, he’s actually great, especially as Geoff Johns’ inadvertent hero Lex, but it’s hard not to hear Dwight Schrute.

Final Verdict: It comes down to one question: Did this feel like a big, theatrical CBM? In terms of minimizing variables I couldn’t have done a better job. I saw it at the same theater I saw everything from Spider-Man 2 to Batman vs Superman. Sound was great. Picture was, aside from the blue tint, great. Did I feel the feeling I should’ve had watching this story as a movie?

This is easily a 5/5 on my scale. I felt no different walking out of this than I would have walking out of a live action version. Hell I far preferred this to the good BvS and the eh Justice League which kinda told the same story. It’s a moving, exciting film that yeah isn’t any great work of cinema (get it off this rubric and it’s a 7/10)  but gave me a tremendous time at the movies as a fan.

Put up the banner. Mission accomplished. Now do more of these screenings.